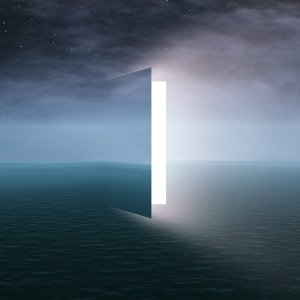 In the past couple of months, my boggle threshold* has been raised a few more notches. I’m getting more and more “whatever” as time goes on.

The annual conference of the Academy for Spiritual and Consciousness Studies was held October 4-7 in Raleigh, NC. I had belonged to the organization for about a decade, but had never been to any of their events. This time I felt that I needed to be there, and the second day in, the reason became clear.

While waiting to register at the beginning of the conference, I found myself sitting next to and chatting with Terri Segal, who told me she was there to present about Electronic Voice Phenomena. This was the first synchronicity of a series. The next afternoon, I went to see what she and her cohort Vicki Talbott had going on. It turned out that they were giving not just a talk but a workshop in which we were able to actually try out the process.  Here’s a description of the session: http://ascsiconference.com/team/vicki-talbott-and-terri-segal/

Electronic Voice Phenomena are a subset of Instrumental TransCommunication, a range of methods of recording images or sounds produced by discarnate beings by means of electronic devices. For those who hadn’t heard of EVP, it might be helpful to stop here and read these:
https://atransc.org/recording-evp/
https://atransc.org/about-aaevp/

The conference had two tracks of presentations at the same time throughout, so it was sometimes hard to choose between them. Only a very few people attended the EVP session, which surprised me as well as the presenters, because this is usually such a popular subject. (Later, a number of people said they hadn’t been aware it was happening, although it was clearly indicated in the program— I had the feeling they might have been steered away!) I was fairly familiar with the idea of recording discarnate voices, but hadn’t heard many examples, and didn’t know a lot of details or much about the technology involved.

As we started the workshop, I became aware of Fryderyk being vividly present at my side.  He seemed to be practically jumping up and down with excitement. It was the only time he was around during the conference, in fact the only time he had contacted me during a period of a few weeks. I had no way of knowing that he had already made the acquaintance of this group!  We got brief recordings of him during the workshop, but there isn’t anything earthshaking– except, of course, the existence of the recordings in themselves.

The recording process went like this: Vicki had each of the attendees in turn ask a question of one of the discarnates, then let the recorder run for ten seconds so that they had time to answer. The equipment used was very simple, a small, rather old-fashioned hand-held Panasonic recorder. At the time, nothing at all out of the ordinary appeared to be happening. We spoke our questions, and then there was no sound but the slight whir of the instrument.

The fun began when the recording was played back, and voices that had not been present before showed up. I witnessed this in real time.  Even though I was already familiar with the concept, actually experiencing it was positively freaky.  I’m including links to a couple of clips so that you can share my freaked-outedness.

My question for Fryderyk was quite simple. I told the group that I was in touch with someone who very much wanted to speak, someone who I knew had a lot of experience with direct voice and other methods of spirit communication. “I know you’ve been wanting to say something. What would you like to say?” His reply is unclear, to my ears; the only part I can pick up for sure is “it’s helpful” at the end of the message, but that part is definite. The fact that there was any audible reply at all was enough to leave me pretty stunned. https://app.box.com/s/t9j5uactcum3evvcvdzf368gqj1ms7ho

In addition to Fryderyk, we called upon Vicki’s son, Braden, and someone close to one of the attendees, unknown to the rest of us, who was not named. All three replied immediately. I didn’t get to really hear what was said by that third person, only that a voice had come through, and since it was none of my business, I didn’t ask further.

I wanted to ask Braden something, and as I did so, I got to wondering if I could perceive him somewhere in the room.  I looked around, and my eyes stuck to a patch of air near the ceiling, about two feet wide, that looked somehow different from the rest.  As I was realizing that the odd patch was Braden, he suddenly reached out toward me with a considerable amount of energy, so that the effect was that he bopped me between the eyes!  It didn’t hurt, but I was knocked back a little in my chair, and everyone saw that.  I explained to the group what had happened.

Later, Vicki found that the discarnates were talking about Braden bopping me, just before I told her about it.  You can hear “he’s tapped her” near the beginning of the clip, and “I’m quite amused”; the rest is fuzzy to me.  https://app.box.com/s/0w9achce66o378g022t6x998mojh4xq6

Although Vicki is addressing Braden in this clip, I am reasonably certain that the voice saying “Very good. It’s me here” belongs to Fryderyk. That message is 100% audible and definite. https://app.box.com/s/seb9mfix0585y4zq1dvbultwey80r37f

Let’s stop a minute and contemplate this. After 25 1/2 years of contact with Fryderyk, struggling to get verbal messages, his voice, physical vibrations of sound, captured in a form that I can not only store and listen to myself, but can send to you. His voice, so similar to the one I had heard in the Leslie Flint recordings, where I had never been absolutely, entirely sure it was him.

When I was next in touch with him after the workshop, the first thing he conveyed to me was immense relief at the ease of communicating directly instead of through layers of cumbersome instrumentation. It struck me, though, that the brief messages that come through by EVP are not so different from the almost aphoristic verbal messages I receive from him, when I can get any definite words at all. It seems to me that when he is able to convey words directly to me, he’s put thought into boiling the concept down into a short, pithy phrase. It must take a lot of energy to get even such small transmissions through my thick skull.

There is a significant difference, though, between getting advice from him inside my head, especially controversial advice— say, being told that it’s fine to experiment with styles of trills and have fun with them— and hearing it objectively in an .mp3 file. The physical recordings have a unique value.

You will notice, if you listen to even a few examples of EVP, that sometimes the voices sound pretty ordinary, sometimes they sound electronic or robotic, and sometimes there’s a lot of fuzz, rather like a phone call with a really bad connection. Sometimes individuals are easily recognizable, sometimes not. Researchers use a witness panel to rate the clarity of the messages and to make sure there really are words in the first place. Some “scientific” folk say that there is only noise and listeners convince themselves that they’re hearing words because they want to so much, but I think you can already tell, if you’ve listened to even the few clips I’ve linked here, that this is simply not the case. The phenomenon is quite real, and one must deal with it. Nonphysical beings can manipulate physical sounds to create verbal messages. We are way past arguing whether this is actually happening. Now we need to understand how it can be possible, what the physics of it is.

You’d think I would be over the moon with joy at receiving even a few electronic words from my old friend. Instead, I found myself near weeping and in a kind of shock. It was strangely hard to deal with this new evidence of his existence. Suddenly, despite all the overwhelmingly intense moments I’d experienced with him over the years, he was somehow more real than I could handle. And although I knew very well that he’d worked closely with other groups and had multiple intellectual and emotional connections, walking into this room and finding him engaged in a major project with people who were complete strangers to me was also a little more than I could take in at first.

(It was not the first time I’d observed Fryderyk messing with electronics; that had occurred back in 2009. You may recall the anomalous behavior of my printer when it spat out three portraits of Chopin, which were not on the document I was attempting to print. https://elenedom.wordpress.com/2010/03/17/fryc-in-print/ That constituted a form of ITC, I would think. The EVP was just another order of magnitude weirder for some reason.)

There is also the frustration of trying to understand the meaning of the messages. Sometimes the words sound perfectly obvious, yet the message is still obscure. One of the later clips of Fryderyk that Vicki sent me sounds to me for all the world like “I’ve made a cologne for her.” Here it is:  https://app.box.com/s/izaal6l0fhwyqqbgo37ixq08gwapn8ob  Can you make any better sense out of it than I can? And if I am hearing it right, exactly how am I supposed to obtain this otherworldly cologne? (I haven’t experienced any anomalous scents lately!) My husband jokingly suggested that he’d made me a clone— that would be great, I could get so much more done!

After the conference, Vicki and I began a correspondence, and I was interested to find that her impressions of Fryderyk, who she knew little about as a historical figure, were identical to mine— including his dry sense of humor. And I was amused at the idea of him joining forces with Braden, who is also a composer, but in what seems like a diametrically opposite genre, hip-hop. So Chopin is collaborating with a rap artist these days….

Like Fryderyk, Braden— as you might have guessed from the bopping incident— is a comedian as well as a musician. I mentioned to Vicki that Chopin used to do a Victor Borge-like act at the piano, something she hadn’t been aware of. She replied, bemusedly, “So that’s why they wanted me to watch that Victor Borge video on YouTube….” (Both of them left the planet before the existence of YouTube, but it seems that is irrelevant.)

*The boggle threshold is the level of weirdness at which one’s brain freezes up and can’t process what it perceives any more. Thanks to Michael Tymn for the concept.